Read from the beginning here. **Click on the images below for larger versions**

Photo No. 52 bears a striking resemblance to another photo in this series: 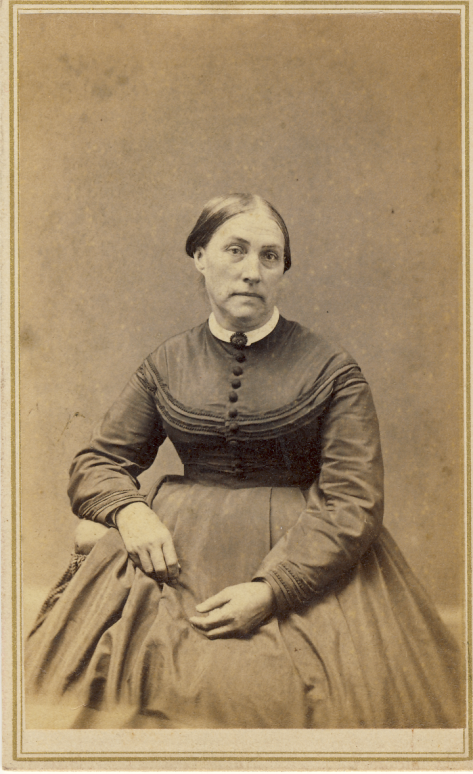 Friend No. 52 aka Cornelia Morris 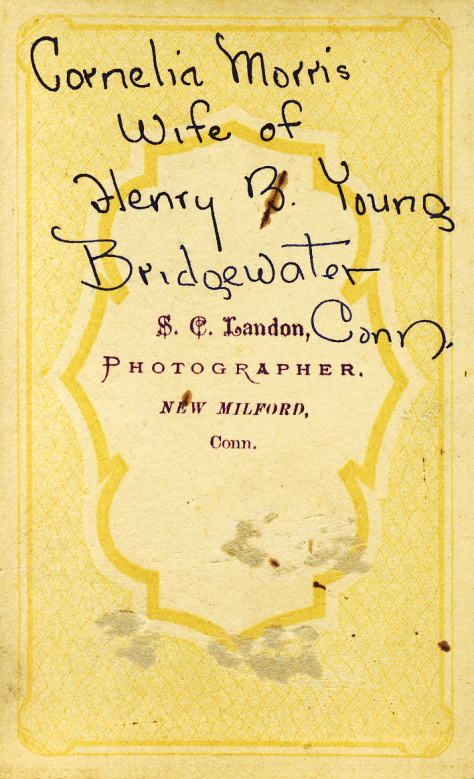 I’m going to wager that these two ladies are related:

For what it’s worth, not that I needed further convincing, the photos have exactly the same imprint on the back and the handwriting on both looks to be the same as well. Here’s the reverse of Mary Morris’ photo.

But Cornelia’s photo is pretty exciting because the notes on the back give us her marital information. Now, I have been building a Friends Album family tree in Ancestry, to help me keep track of everyone we’ve been discussing so far and to track the documents I find about each of them. I already had found a Henry Young, married to a Cornelia, on Ancestry. Why? Because they were the parents of a Frederick Young. I think they’re the parents of this Frederick Young aka Friend No. 8:

Friend No. 8 aka Fred Young

Are you keeping track? We’ve now connected the Morrises to the Youngs to the Morrells! To top it all off, I think I have found all of the above Morrises and Youngs in the same cemetery on FindaGrave, which may help me to locate their next of kin. More on that at a later date.

This photo appears next to Cornelia’s in the album and both are the exact same size on the same type of backing. However, this photo has no imprint on the front or back and no other markings besides the schmutz you can see on the image itself. It’s an interesting photo nonetheless.