I’ve had several communications with a Young descendant who also has done genealogy research on the family. He has helped to identify several of the unnamed subjects in the Friends Album by supplying a photo of many Young ancestors in which the family members are id’ed.

He also provided me with the maiden name of Ellis Burton Wilson‘s mother, Susan. Guess what? She was a Young! That means he too was related to all the other known subjects so far. I’m still going to try and reunite the photo of Ellis with one of his grandsons, but barring that, I will send it to be put back in the Friends Album.

It’s really remarkable that everyone in the album may have belonged to the same family. New theories are cropping up among the Young descendants who have contacted me. One thinks that members of a branch of the family in New Jersey may have sold the album after an elderly relative passed away. Another theory is that still another branch of the family settled here in Maryland. Indeed, a Young descendant who lives in St. Michael’s did contact me, but the album did not belong to her family. The plot thickens.

I have acquired an old photo album containing many pictures from the late 1800s. I’m going through the album to catalog the photos with as much information as can be gleaned from them. My hope is to return the album and photos to the descendants of those pictured. Read about the first photos in the album here. **Click on the images below for larger versions** 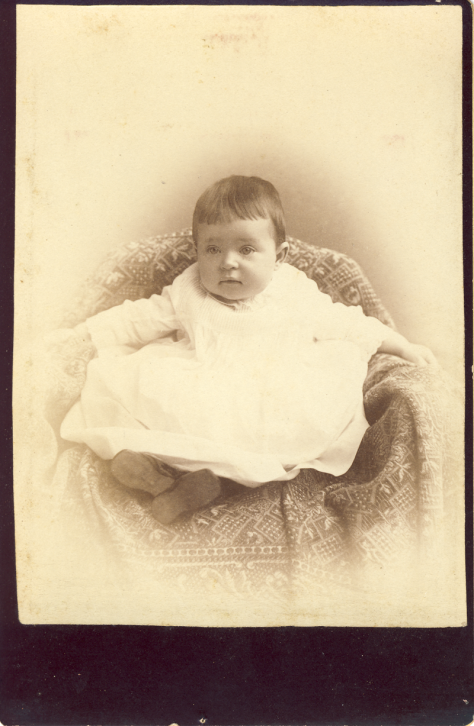 No photographer’s imprint to help us assign a location to this photo. There is an inscription on the back: 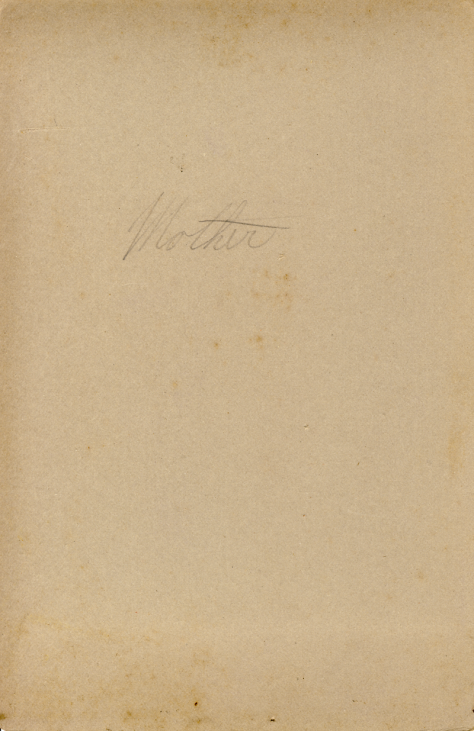 Reverse side of Friend No. 13's photo

The handwriting here is different than the notes left on other photos. 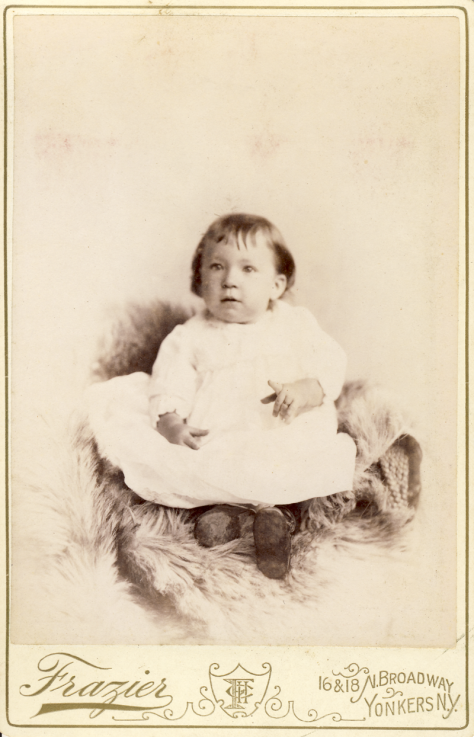 Yay! We have an imprint. We’re back in Yonkers, N.Y. Here is the reverse side of the photo: 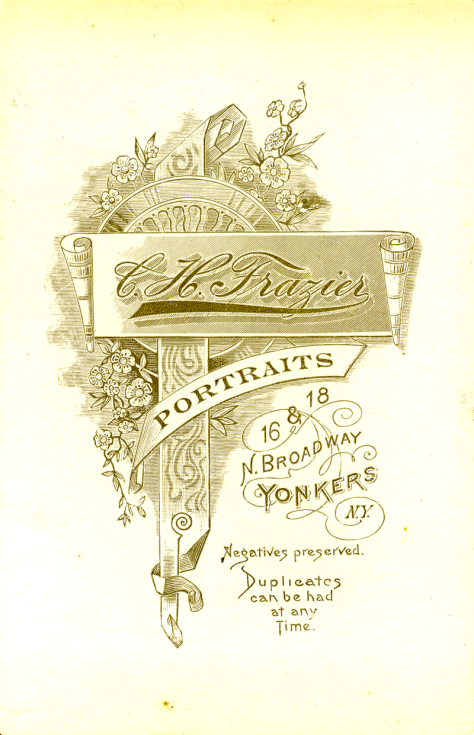 Reverse side of Friend No. 14's photo

I found photographer Charles H. Frazier in local directories in the following years:

Interestingly, the only census in which I think I’ve found him is in the 1900 U.S. Census living in Morristown, New Jersey, which is about an hour away from Yonkers in today’s driving time. Hmmm…

Back to the photo itself. I thought it was cute that this baby seemed to be pointing to something off-camera. Upon closer inspection, I noticed that she (I’m assuming) is wearing a ring on her ring finger of her left hand!: 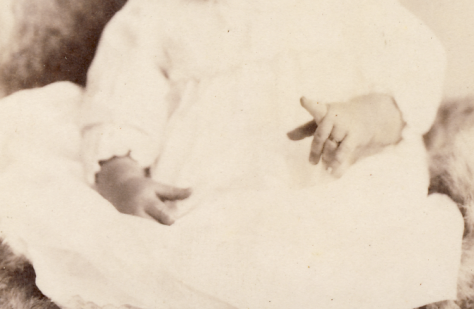 Note the ring on the ring finger on the left hand.

On another note, I’m wondering if these two babies may be siblings. They look an awful lot alike to me…