Be sure to check out the latest issue of Shades of the Departed magazine. Not only is the issue chock full of school days memories and vintage photos, but I was given the opportunity to tell the Friends Album story (see page 36). Enjoy!

Digging out more photos from the treasure trove my aunt shared with me last year. Here are some gems of my mom at age 2 or 3 on Easter Sunday: 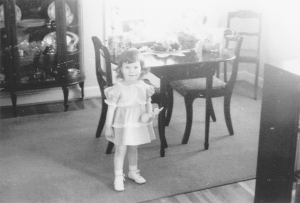 I have still more photos from my mom’s first Christmas to share. These three photos of her with my grandpa are so stinkin’ cute: 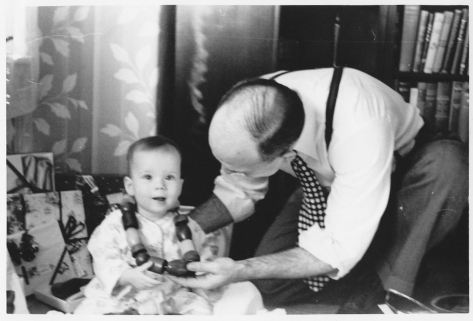 While going through photos and documents my aunt received after my grandma passed away, we came across this Christmas card that my mom must have given her and my grandfather either in nursery school or kindergarten. I think she had a little bit of help making it. The card is a triptych, with the opening down the middle of the front. Opening the card reveals a photo of her in a toy car:

The front of the card, adorned with bells made out of foil.

The photo on the inside:

Nothing is written on the card or on the back of the photo, unfortunately. Props to the teacher for using photo corners instead of glue/paste to attach the photo to the card.

This recipe of my grandma’s for Cocktail Meat Balls can be used any time of year, but I associate them with winter-time parties, especially around Christmas, New Year’s and the Superbowl. I need to figure out a way to make them without eggs (due to an allergy), because I love these things. She claims this recipe makes 65 servings. That’s not 65 Missy-size servings, I can tell you. Thanks to my Aunt Dorrie for letting me scan this. 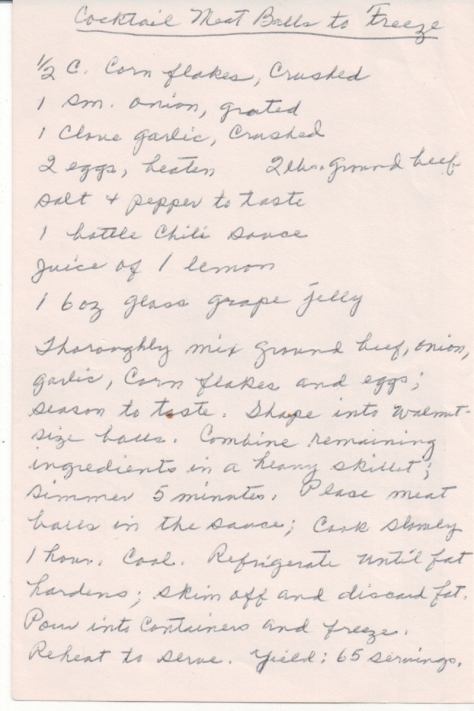 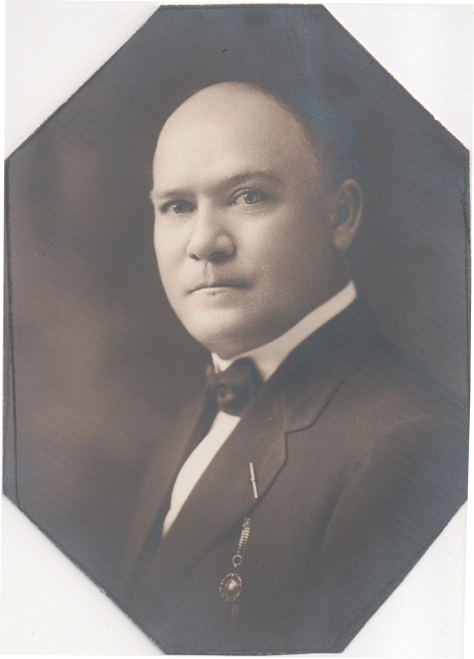 I spent Thanksgiving at my Aunt Dorrie’s house. My bed was next to a bookcase filled with many family photos. There I saw a photo I barely recognized from when it sat in my grandma’s apartment. I never realized who it was when I was little, but my aunt confirmed that it was my great-grandfather, Herman Wild. Fortunately, I had brought my Flip-Pal scanner with me and scanned the above along with several other photos.

Herman, about whom I have blogged before, was the son of Fridolin Wild (of Germany) and Lena Hoyer. The family lived in San Antonio, Texas. He married Susan Campbell Bennett and their son Herman Bennett Wild was my grandfather.

Another genealogical discovery (for me) over the holiday was that I got to see a stein my aunt has that is engraved with Herman’s sister’s name, Josefa Wild. My aunt didn’t even realize that it was a family heirloom until several years after she received it from my grandmother.

While scanning family photos, my aunt and I came across this Halloween class photo (my mom is in the back row, 6th from the left, wearing a bonnet and glasses; I think she’s either a pilgrim or a nurse). This would have been circa 1955. I find the masks to her left completely terrifying. Some of the costumes remind me of the Halloween scenes from the movie version of To Kill a Mockingbird.