Mother’s Day is tomorrow and I thought I would post some unpublished photos of my Grandma Grace, which I count among my favorites of her. 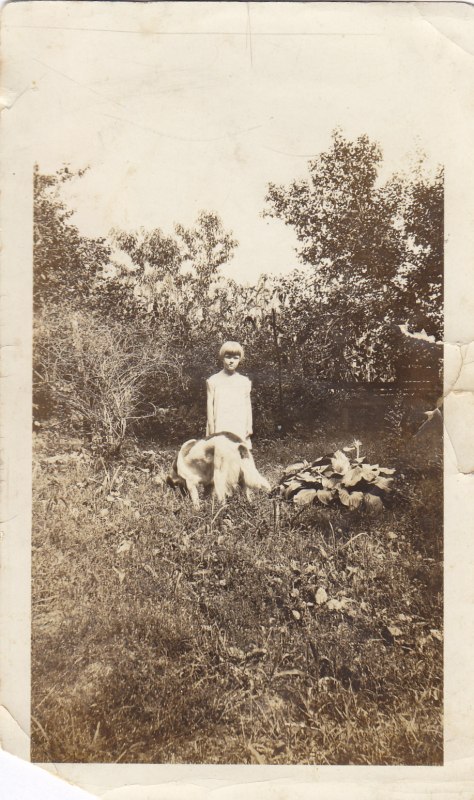 The earliest photo of my Grandma Grace that I am aware of. This would have been taken on the family farm in Elizabethton, Tennessee.

I love this photo of Grandma Grace. I wish I knew where this was taken.

Grandma Grace with my mom as an infant

She was so pretty.

This is the only photo I found that even came close to today’s topic of Christmas music. I know I had a piano like that when I was small. I can still here the tinny plink-plink-plink it would emit when I banged on the keys.

Thus concludes my posts for this year’s Advent Calendar of Christmas Memories! I hope everyone has enjoyed the photos. Happy Hols!

As with most first-time parents, I think Christmases after my mom was born were all about presents for her (and then her and her siblings), as far as my grandparents were concerned.

Here’s mom at Christmas in 1950, grabbing one of the first presents she saw:

Here’s Mom modeling the robe she received for Chrismas (it’s hanging off the stair rail in the previous photo): 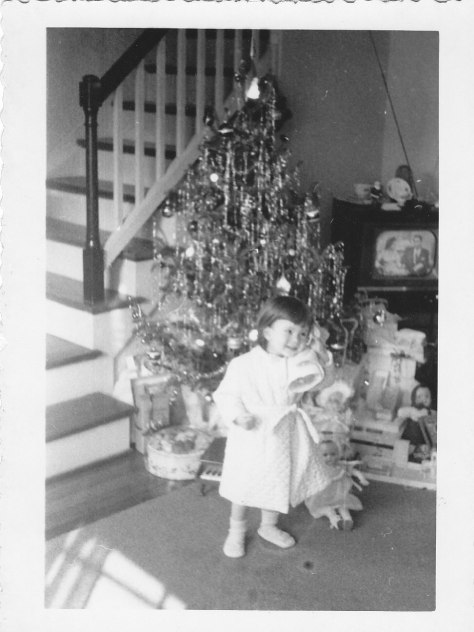 Later, it was all about us grandkids. Here’s a couple photos from the 1980s for a change:

My mom was the oldest of four and, true to form, my grandparents took TONS of photos of her at any opportunity to do so. Thus, we have a plethora of pics to peruse from her first Christmas: 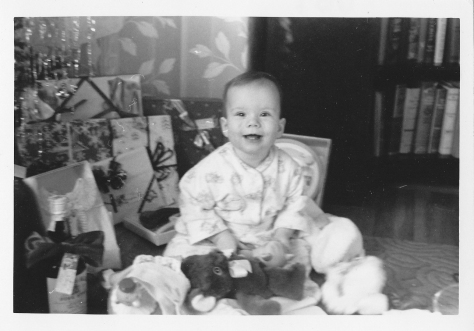 You have to admit, my mom was a cute baby. 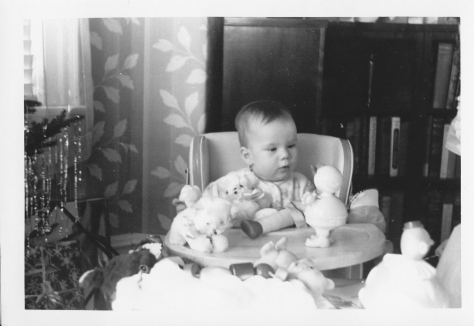 I love this photo of my mom transfixed by one of her toys.

Mom just can’t believe how she cleaned up this Christmas. Look at all those toys!

This recipe of my grandma’s for Cocktail Meat Balls can be used any time of year, but I associate them with winter-time parties, especially around Christmas, New Year’s and the Superbowl. I need to figure out a way to make them without eggs (due to an allergy), because I love these things. She claims this recipe makes 65 servings. That’s not 65 Missy-size servings, I can tell you. Thanks to my Aunt Dorrie for letting me scan this.

My mom was born in 1949 and along with learning to care for their first child, my grandparents also were acquiring camera skills. Therefore, you’ll have to forgive the blurriness of the following photo: 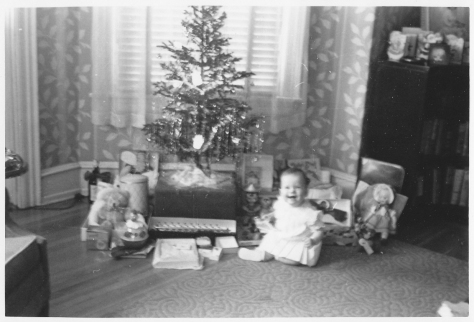 By the following year, their technique had improved somewhat (you have to admit, my mom was a moving target): 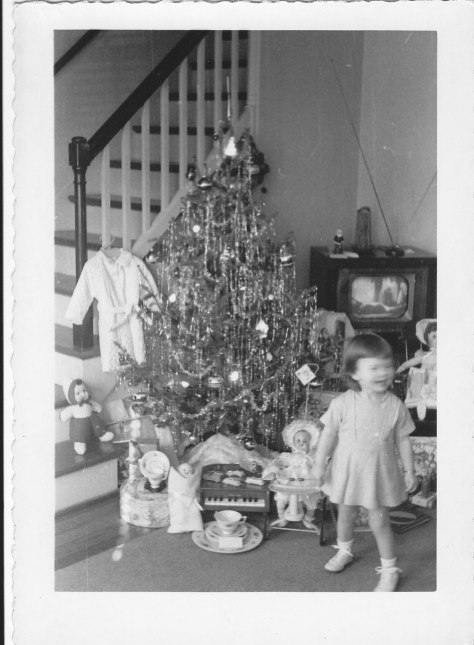 This is a really nice one:

By 1959, both cameras and skills had improved quite a bit:

A few years ago, I participated in the Geneabloggers Advent Calendar of Christmas Memories. You can read my posts here.

This year, I’m going to do something a little different. I recently acquired a bunch of photos from my mom’s childhood and a large percentage of the photos are from around the holidays. I’m going to try and post most of the photos following this year’s advent calendar prompts.

October is an interesting month for me and my family. We celebrate many birthdays, but we’ve also lost loved ones.
I lost my grandmother and then my mom exactly two years and one day apart from each other (October 28, 2001, and October 29, 2003, respectively). Earlier this year, I came across this photo of the two of them while going through old family photos with my aunt. I’ve since printed and framed it.

Gold star for my cousin Daniel, who made an exciting discovery when studying the 1940 census page showing our great-grandparents and fam in Carter County, Tennessee (click on the images for larger versions):

The Hayeses in the 1940 census (image from Ancestry.com).

Nothing too unusual in the crop above — the census page lists my great-grandparents William E. and Della (Crow) Hayes, along with their children including my grandma, G. Alma.

Actually, one discovery does reveal itself in the information listed above — I never knew that my great aunt Ruth was born in Colorado until I saw this page — this was confirmed by relatives at a recent family gathering. There will be another blog post on that story later.

BUT, the really super-huge-big-deal discovery was made by Daniel at the top of the page. Check out the name of the enumerator:

The enumerator was Alma Hayes a.k.a. Grandma! You think I would have recognized the handwriting. Kudos, cousin Daniel!

When my grandparents and their fam were staying in Heidelberg in the 1960s, my grandma won a door prize at an event for the “Comptrollers Wives” club (my grandpa was an accountant with the U.S. Army). The prize? A painting that was done by an artist on the spot during the shindig.

Pretty neat, huh? The frame’s in pretty bad shape, so I’m going to have that redone. Then it’s just a matter of figuring out how to hang it on these *&%^& plaster walls.